4yrs ago from The Blaze
A California judge has sentenced a 27-year-old California man to 15 years in federal prison for attempting to provide material support to the Islamic State and plotting a terrorist attack at Pier 39 in San Francisco, KPIX-TV reported. U.S. District Judge Lawrence J. OâNeill handed down the sentence to Everitt Aaron Jameson of Modesto on Monday as part of a plea deal with federal prosecutors. In June, the former U.S. Marine pleaded guilty to voicing his support for and aiding a terrorist organization last year between September and December. What happened? The FBI began watching Jameson after he "liked" or "loved" Facebook posts about terrorist attacks and the Islamic State, according to court documents, CNN reported. He also expressed support for the New York City terrorist attack on Oct. 31, 2017. Undercover FBI agents, who posed as ISIS supporters, made contact with Jameson and interacted with him. In later communications, Jameson expressed his readiness to …
Vote up884 Vote down214 Comment385 Share Bookmark Tag

4yrs ago from Washington Times
The Defense Department is lauding Macedonia’s decision Tuesday to repatriate a group of Islamic State foreign fighters captured in Syria, pressing other foreign nations to follow suit as part of an overall effort to address the growing issue of combat detainees taken off the battlefields of Syria and northern Iraq.
Vote up399 Vote down593 Comment245 Share Bookmark Tag 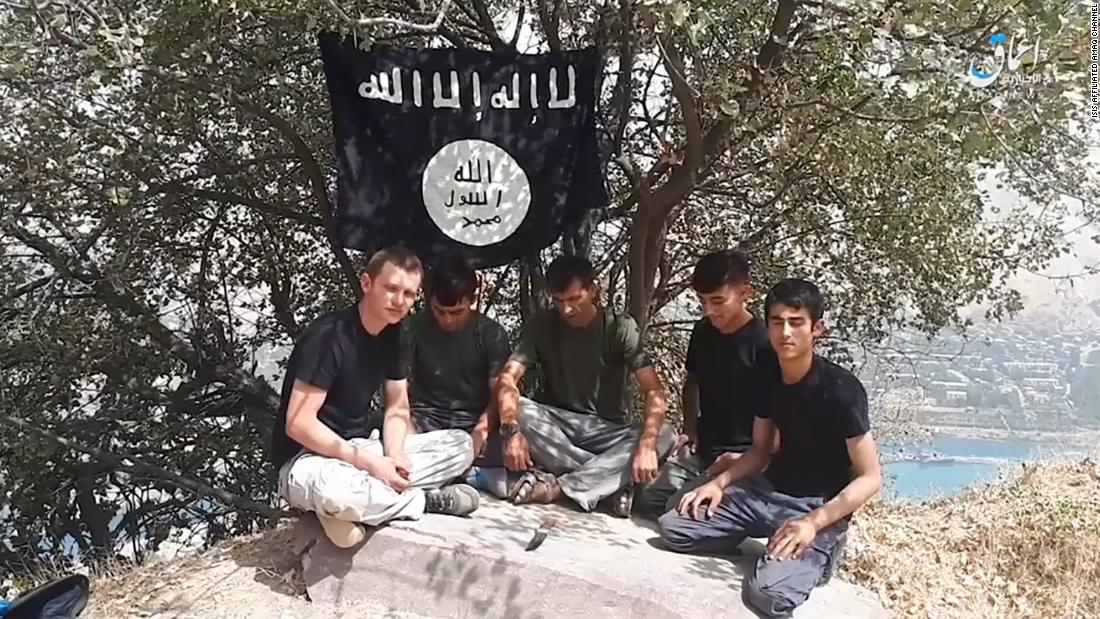 US Transferring Some ISIS Detainees from Syria to Their Home Countries

4yrs ago from CNN
The US military has been transferring dozens of captured ISIS foreign fighters from Syria to their countries of origin, according to multiple US defense officials -- however, hundreds of foreign fighters remain in detention in Syria.
Vote up995 Vote down308 Comment826 Share Bookmark Tag

UN to Fight ISIS With Selfies

4yrs ago from World Socialist
In at least three countries where US forces are engaged in combat operations, the Pentagon and its local proxies are allying themselves with ISIS and Al Qaeda in pursuit of strategic interests.
Vote up519 Vote down455 Comment523 Share Bookmark Tag 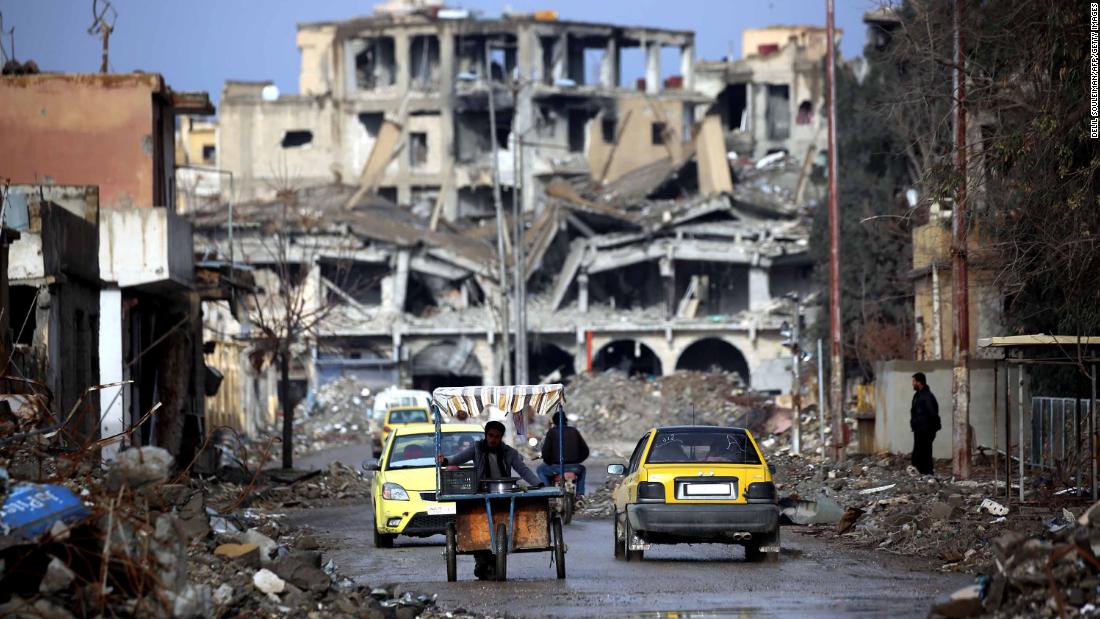 4yrs ago from CNN
After previously slamming a June report by Amnesty International, the US-led military coalition fighting ISIS is now acknowledging findings by the human rights group that 77 civilians were in fact killed during airstrikes conducted in Raqqa, Syria, last summer.
Vote up48 Vote down51 Comment311 Share Bookmark Tag 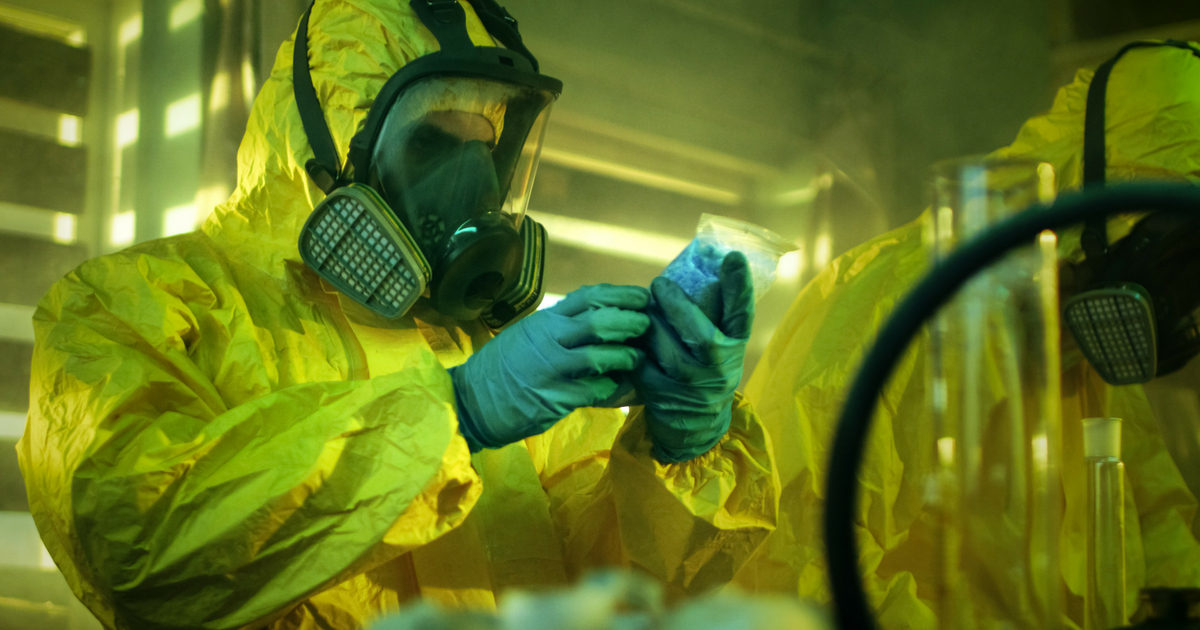 4yrs ago from Western Journalism
The video calls for the air of a city to be 'contaminated by infectious germs and fatal bacterial diseases.'
Vote up561 Vote down718 Comment939 Share Bookmark Tag

4yrs ago from Zero Hedge
Over the past week, a pro-Islamic State (ISIS) media group has published a series of posters encouraging biological attacks on Western targets.
Vote up978 Vote down901 Comment975 Share Bookmark Tag

The Ongoing Decline of British Power

4yrs ago from Zero Hedge
&quot;What does come across is that Britain is in a messy situation regarding ISIS prisoners and the return of jihadis to UK, with which it is unable to cope. The decision is now being reviewed by a judge in the UK...&quot;&quot;
Vote up302 Vote down318 Comment832 Share Bookmark Tag DHS: 6 from Al-Qaida-Hotbed Yemen Smuggled into U.S. from Mexico

4yrs ago from WND
Washington watchdog Judicial Watch renewedÂ its longstanding warning that ISIS has camps near the U.S.-Mexico border after federal officialsÂ announcedÂ a Jordanian man was arrested for allegedly smuggling six citizens of Yemen into Texas. Yemen is torn by civil strife, and it’s a hotbed for al-Qaida activity. WND reported in 2017 the state of Texas warned ofÂ ISIS camps […]
Vote up439 Vote down493 Comment74 Share Bookmark Tag

4yrs ago from World Socialist
Former Foreign Secretary Laurent Fabius claimed to know nothing about it, but ties between terrorist groups and the former Socialist Party government are rapidly coming to light.
Vote up830 Vote down710 Comment638 Share Bookmark Tag

4yrs ago from Raw Story
During a question about Ivanka Trump on Thursday, White House Press Secretary Sarah Sanders attacked the media for reporting “90 percent” negative stories about President Donald Trump. “The president is rightfully frustrated,” Sanders said. “Ninty percent of the coverage on him is negative despite the fact that the economy is booming. ISIS is on the run. American leadership is being reasserted around the world.” She added: “Just this week the media refused to cover his …
Vote up692 Vote down343 Comment203 Share Bookmark Tag 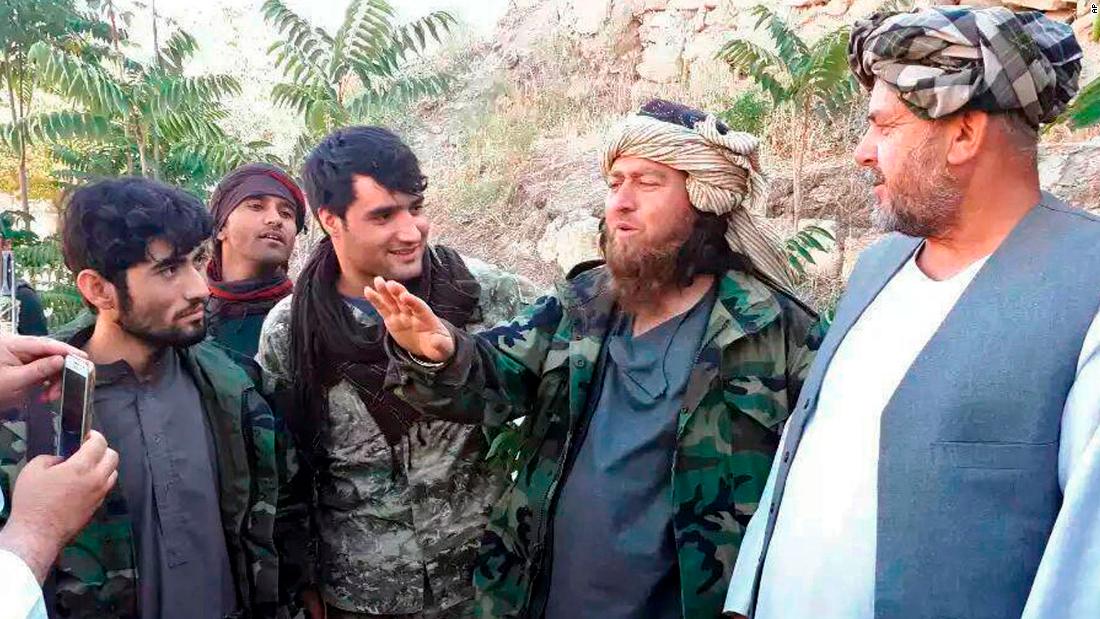 Confusion Reigns Over Surrender of 200 ISIS Fighters in Afghanistan

4yrs ago from CNN
Over 200 ISIS fighters have surrendered to the Afghan army in the country's north, with some reports suggesting they handed themselves over to the military rather than be captured by the Taliban.
Vote up271 Vote down121 Comment79 Share Bookmark Tag 4yrs ago from WND
(Breaking Israel News) Wednesday night, the Israeli Air Force (IAF) killed seven Islamic State (ISIS) fighters who had penetrated into Israeli territory from Syria. It has been reported that the terrorists entered 650 feet past the âalpha line,â which demarcates Israelâs side of a demilitarized zone. IDF troops who surveyed the area in the morning […]
Vote up165 Vote down266 Comment203 Share Bookmark Tag 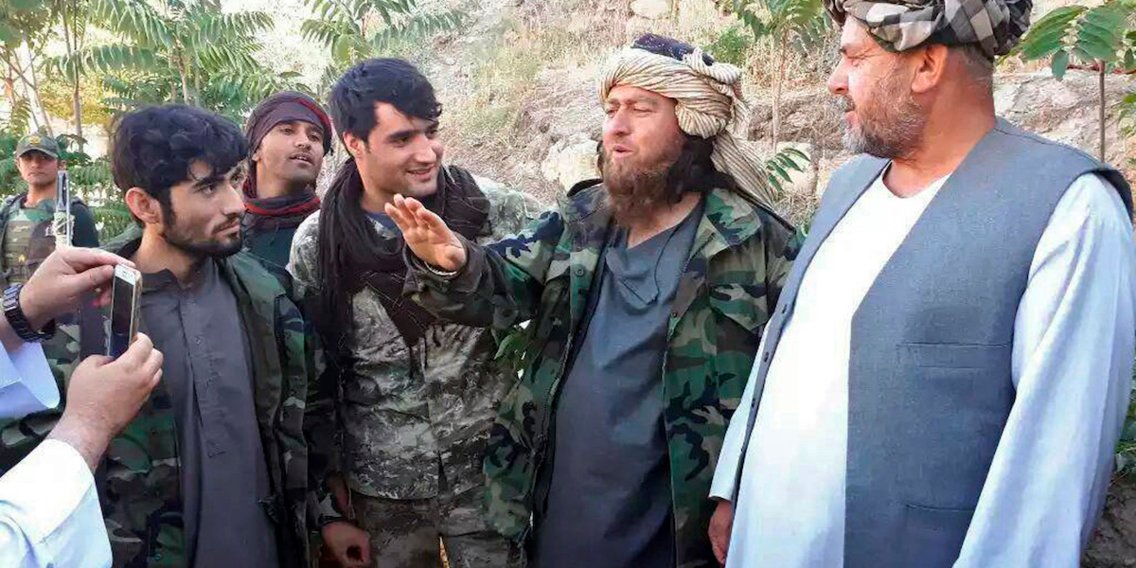 4yrs ago from Business Insider
About 200 to 250 ISIS fighters turned themselves into the Afghan government on Wednesday after a fierce two-day battle against the Taliban in the northern province ofÂ Jawzjan.
Vote up714 Vote down528 Comment545 Share Bookmark Tag

4yrs ago from Reason.com
Jay Austin, 29, was killed along with his girlfriend and two others while cycling across Tajikistan. ISIS has claimed credit for the attacks. Austin was
Vote up130 Vote down50 Comment469 Share Bookmark Tag

4yrs ago from Washington Times
Over 100 members of the Islamic State’s Afghan cell laid down their arms and surrendered to the Taliban and local government forces in the northern part of the country on Wednesday, just over a month after U.S. and Afghan forces flushed the terror group from its redoubts in eastern Afghanistan.
Vote up912 Vote down97 Comment33 Share Bookmark Tag

4yrs ago from Washington Times
A “feeling as though the world is going to end.” That could describe what millions of people could have experienced in the last 100 years. World War I, World War II, the Cold War, the Cuban Missile Crisis, Sept. 11, the ISIS rampage throughout the world, all not only understandably evoked fear of the world ending, but all revolved around madness, war and genocide.
Vote up267 Vote down445 Comment148 Share Bookmark Tag

The Savagery of ISIS

4yrs ago from National Review
If it isn’t to come back, as many people as possible should make themselves familiar with the creed and cruelty of ISIS.
Vote up558 Vote down481 Comment442 Share Bookmark Tag
Foreign PolicyWar on ISIS

Could the CPS Be Trusted to Prosecute the Isis 'Beatles'?

4yrs ago from Spectator UK
At a speaker luncheon last week, someone I didnât know passed me a note asking âHave you stopped supporting capital punishment?â As far as I could remember, I have never supported capital punishment…
Vote up800 Vote down318 Comment435 Share Bookmark Tag

4yrs ago from WND
From the response to the 9/11 attacks to the confronting of ISIS, Americans and other Western leaders regularly refer to Islam as a “religion of peace,” but a new book contends the 1,400 years of Islam is a timeline awash in bloodshed and conflict. Jihad Watch Director Robert Spencer is author of the new book […]
Vote up556 Vote down913 Comment552 Share Bookmark Tag

4yrs ago from The Week
At least 221 people were killed Wednesday in southwestern Syria, in what local officials and the Syrian Observatory for Human Rights monitoring group believe were coordinated attacks. Multiple suicide bombings were carried out in Suweida, a government-controlled town south of the capital Damascus, as well as in villages to the north and east. The Islamic State has claimed responsibility for the bombings, and officials said militants also forced their ways into homes and killed the people inside. "It's the bloodiest death toll in Suweida province since the start of the war [in 2011]," Rami Abdel Rahman, head of the Syrian Observatory for Human Rights, told AFP. ISIS has lost most of its territory in Syria, remaining in small areas of southern and eastern Syria. Catherine Garcia
Vote up27 Vote down325 Comment901 Share Bookmark Tag

4yrs ago from WND
Toronto’s police chief said Wednesday that officials have found no evidence to support the ISIS claim of responsibility for Sunday’s mass shooting that killed two and injured 13, but the statement conflicts with reports that Canadian investigators believe the suspect visited ISIS websites and expressed support for the group. Robert Spencer, who noted the discrepancy […]
Vote up223 Vote down241 Comment208 Share Bookmark Tag

4yrs ago from Hot Air
"the terror group views the attacker as having been ***inspired*** by their propaganda, rather than someone they trained in person."
Vote up474 Vote down738 Comment731 Share Bookmark Tag

Dozens Dead in String of ISIS Attacks in Syria

4yrs ago from The Blaze
A series of suicide attacks carried out in southern Syria by the Islamic State has reportedly killed dozens. What are the details? Initially, the Islamic State took advantage of the instability caused by the more than seven-year-long Syrian civil war to establish its caliphate in 2014. But repeated attacks by both Syrian government forces and U.S.-backed Kurdish fighters have slowly pushed them back until their territory is a fraction of what it once was. But this latest attacks proves that they can still do some damage. According to Syrian state news outlets, 38 people were killed in attacks Wednesday, which included a suicide bombing at a vegetable market. However, the U.K.-based Syrian Observatory for Human Rights puts the number at 56 people, including 28 pro-government fighters, and the town's health authority said that the number of dead was as high as 150.Â CBS News noted that a discrepancy like this is not uncommon so soon …
Vote up378 Vote down748 Comment580 Share Bookmark Tag

Trump Gives ISIS, MS-13, and Next Boston Bombers Plastic Guns That Evade the Metal Detector at Your Kid’s School

4yrs ago from Wonkette
This is fucking crazy you guys.
Vote up101 Vote down440 Comment771 Share Bookmark Tag

4yrs ago from Zero Hedge
The shooting was committed by “one of the soldiers” of the group who followed the “calls to target nationals of the coalition countries,” according to a statement from the group’s propaganda agency Amaq.
Vote up566 Vote down508 Comment860 Share Bookmark Tag 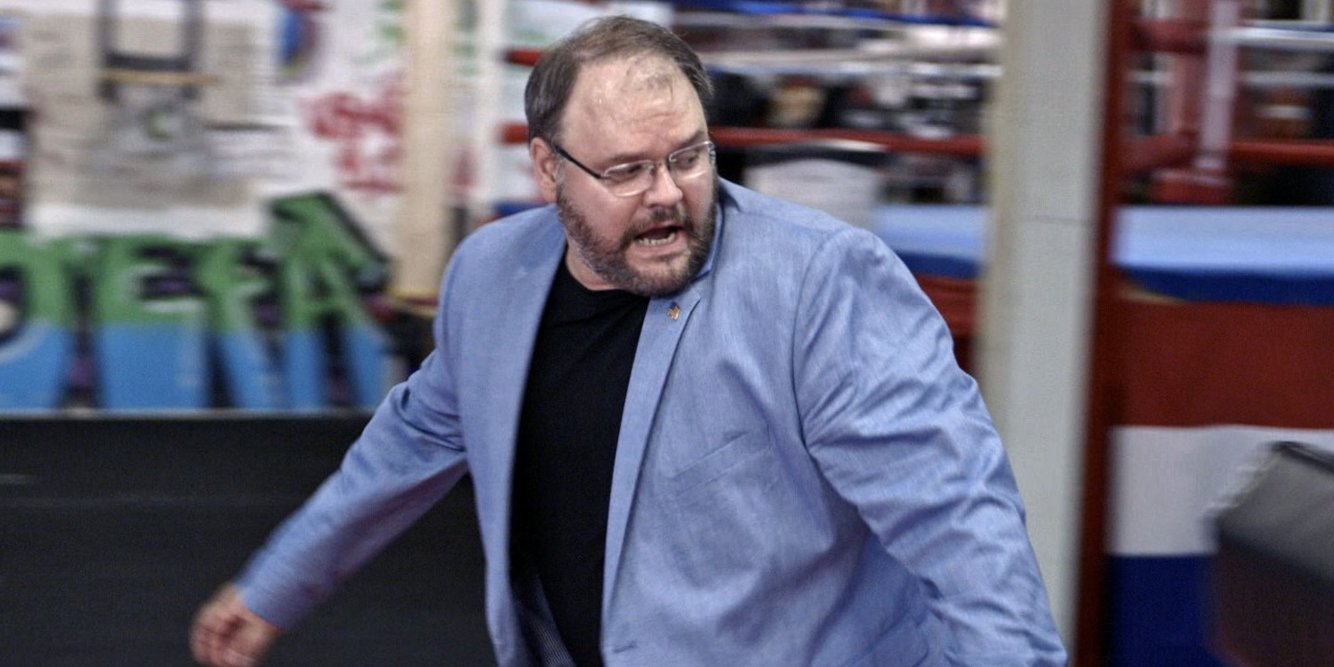 4yrs ago from Business Insider
Georgia state politician Jason Spencer is quitting on July 31, according to state officials. Spencer was fooled into screaming a racial slur, baring his butt and taking upskirt photos in a faked lesson on how to defeat ISIS terrorists, staged for Sacha Baron Cohen' new TV show "Who Is America?"
Vote up191 Vote down415 Comment351 Share Bookmark Tag

UK Signs Off on US Death Penalty for “ISIS Beatles”: What Are the Implications?

4yrs ago from World Socialist
Not only has the government abandoned blanket opposition to the death penalty, but it has also overturned its publicly stated opposition to the Guantanamo Bay detention camp.
Vote up931 Vote down414 Comment135 Share Bookmark Tag 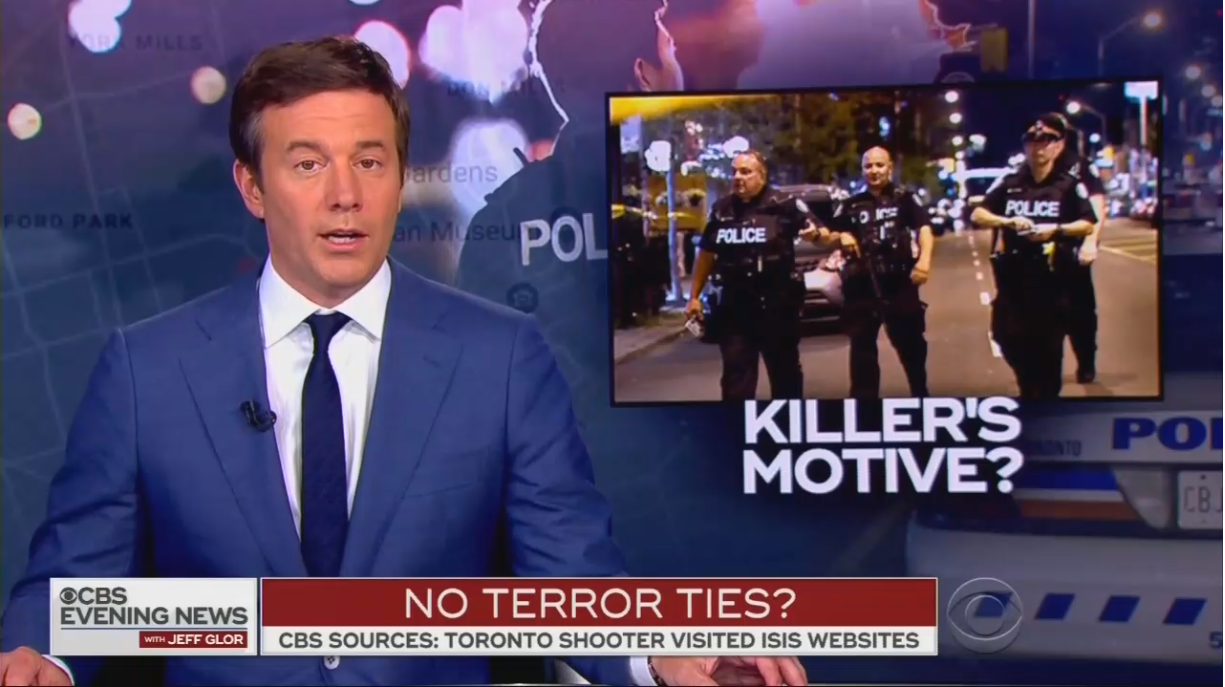 4yrs ago from News Busters
Tuesday afternoon, CBSNews.com broke a big scoop concerning the Sunday night mass shooting up in Toronto, Canada that left two people dead and 13 wounded. According to the piece on their website, the attacker frequented ISIS propaganda websites and may have lived in the Middle East for some time.
Vote up407 Vote down872 Comment223 Share Bookmark Tag