5yrs ago from Washington Times
Kansas Gov. Jeff Colyer spent months bolstering his credentials in the Republican primary for governor but it may not be enough after President Donald Trump tweeted his backing for Kris Kobach, a conservative agitator for strict immigration and voter ID laws.
Vote up630 Vote down691 Comment600 Share Bookmark Tag

5yrs ago from VDARE
The New York Times has a sob story about felons ...
Vote up605 Vote down59 Comment360 Share Bookmark Tag 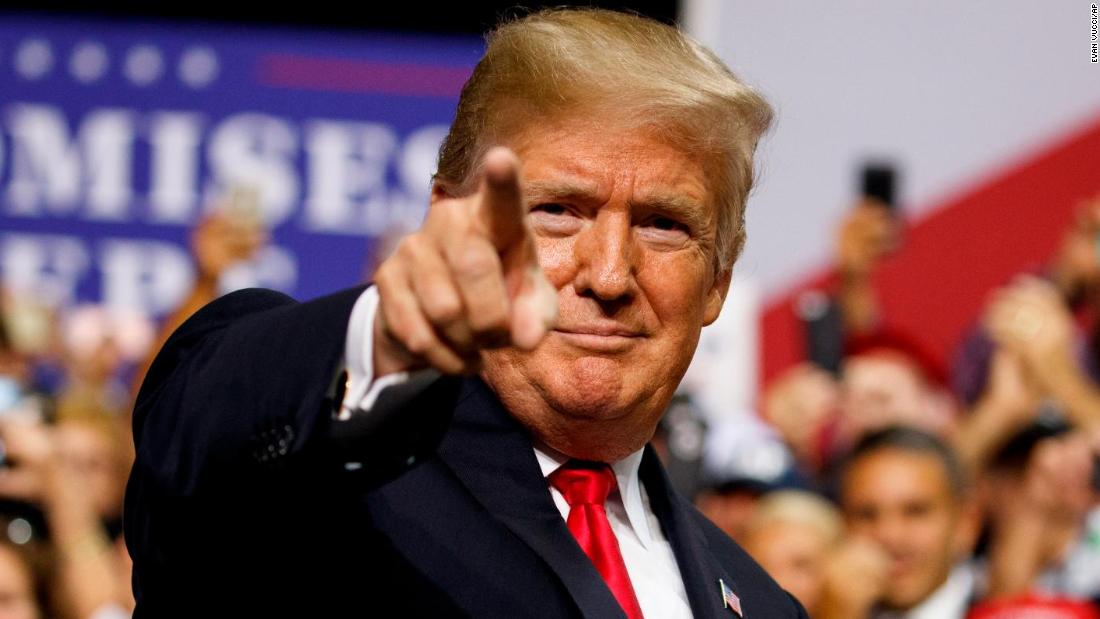 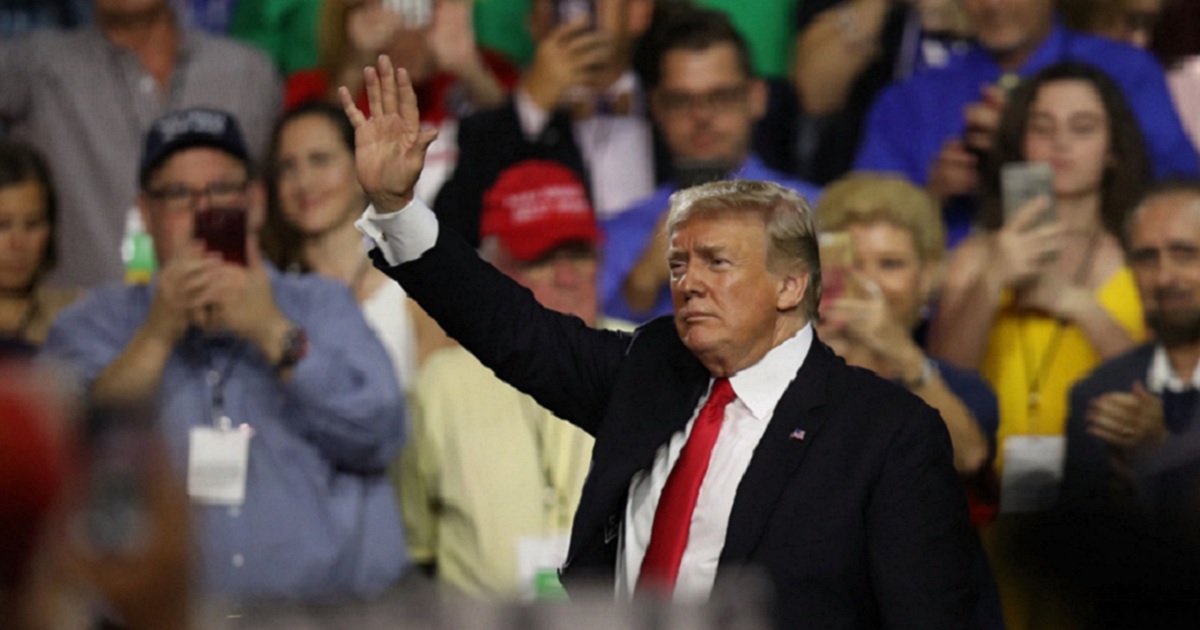 5yrs ago from Western Journalism
ID is required everywhere, but not the one place it's most important, Trump said.
Vote up850 Vote down611 Comment377 Share Bookmark Tag 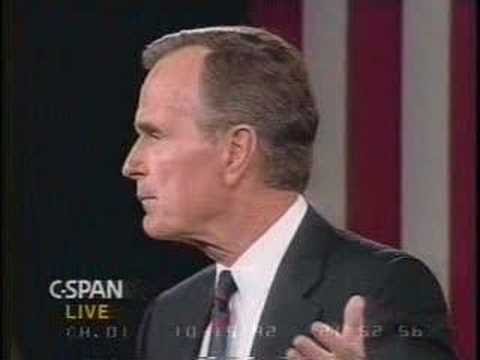 5yrs ago from althouse.blogspot.com
President Trump, at his rally in Tampa, is pushing for voter ID laws and said you need to show an ID to buy groceries. (You don't need ID ...
Vote up534 Vote down999 Comment856 Share Bookmark Tag 5yrs ago from Common Dreams
Not since George H.W. Bush in 1992 has a president so obviously not been to a grocery store in his adult life
Vote up5 Vote down833 Comment56 Share Bookmark Tag 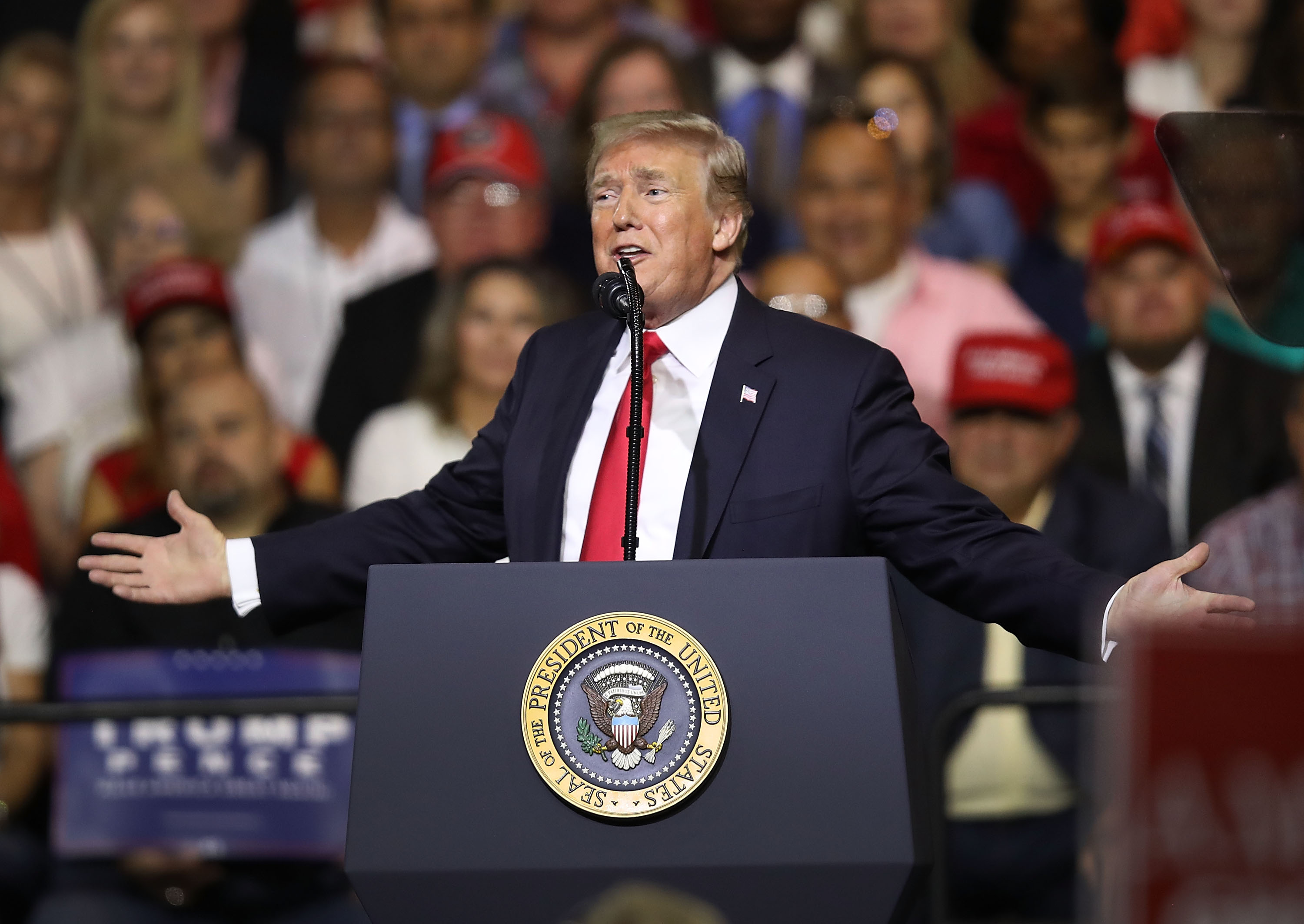 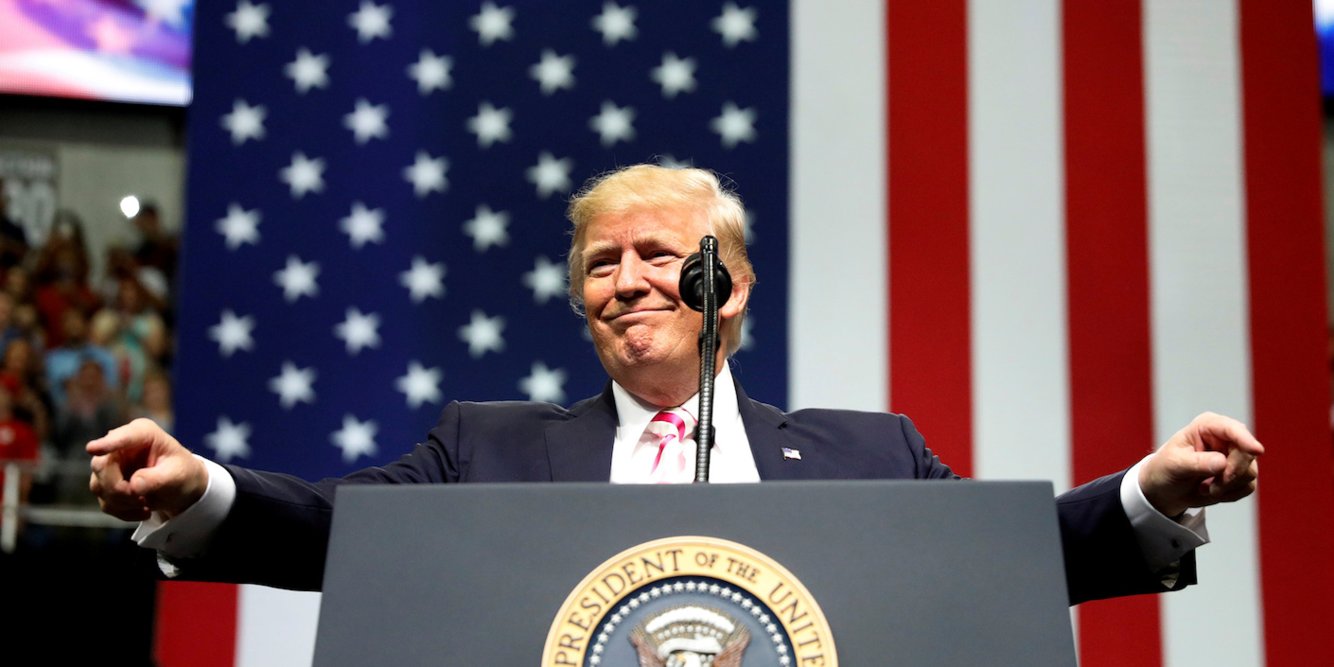 5yrs ago from Business Insider
Trump's apparent failure to grasp how grocery shopping works place became a joke online for prominent White House reporters who gravitated towards a central question: When, if ever, has Trump bought groceries?
Vote up900 Vote down406 Comment267 Share Bookmark Tag

5yrs ago from Washington Times
President Donald Trump wrongly claimed that shoppers need to show photo identification to buy groceries and accused Democrats of obstructing his agenda and his Supreme Court nominee during a raucous rally aimed at bolstering two Florida Republicans ahead of the state’s primary.
Vote up286 Vote down959 Comment705 Share Bookmark Tag

5yrs ago from The Week
President Trump's short-lived voter fraud commission may be defunct, but he clearly hasn't given up on the idea of requiring special photo ID cards to cast ballots in the U.S., as he told a rally in Tampa on Tuesday night. Also, Trump apparently hasn't set foot in a grocery store in a really long time, or ever â or perhaps at the rarified food markets he patronizes, you need to show photo ID to purchase groceries. Trump says you need a photo ID to buy groceries. pic.twitter.com/B4Nd0S645M â Judd Legum (@JuddLegum) August 1, 2018 You don't need to show photo ID to buy groceries, unless maybe you are paying with a cashier's check or gold bars. "This kind of comment (unfairly) wrecked George H.W. Bush," whose apparent unfamiliarity with a grocery checkout scanner was front-page news in 1992, "and would have vaporized Mitt Romney," notes NBC News' Benjy Sarlin. "But 'authenticity' is a dumb artificial construct and Trump's version does not depend on him even pretending to live like a normal human." Or president. As Trump also said in his Tampa rally, his fans don't expect him to act "presidential," and that has its benefits. Peter Weber
Vote up268 Vote down371 Comment141 Share Bookmark Tag 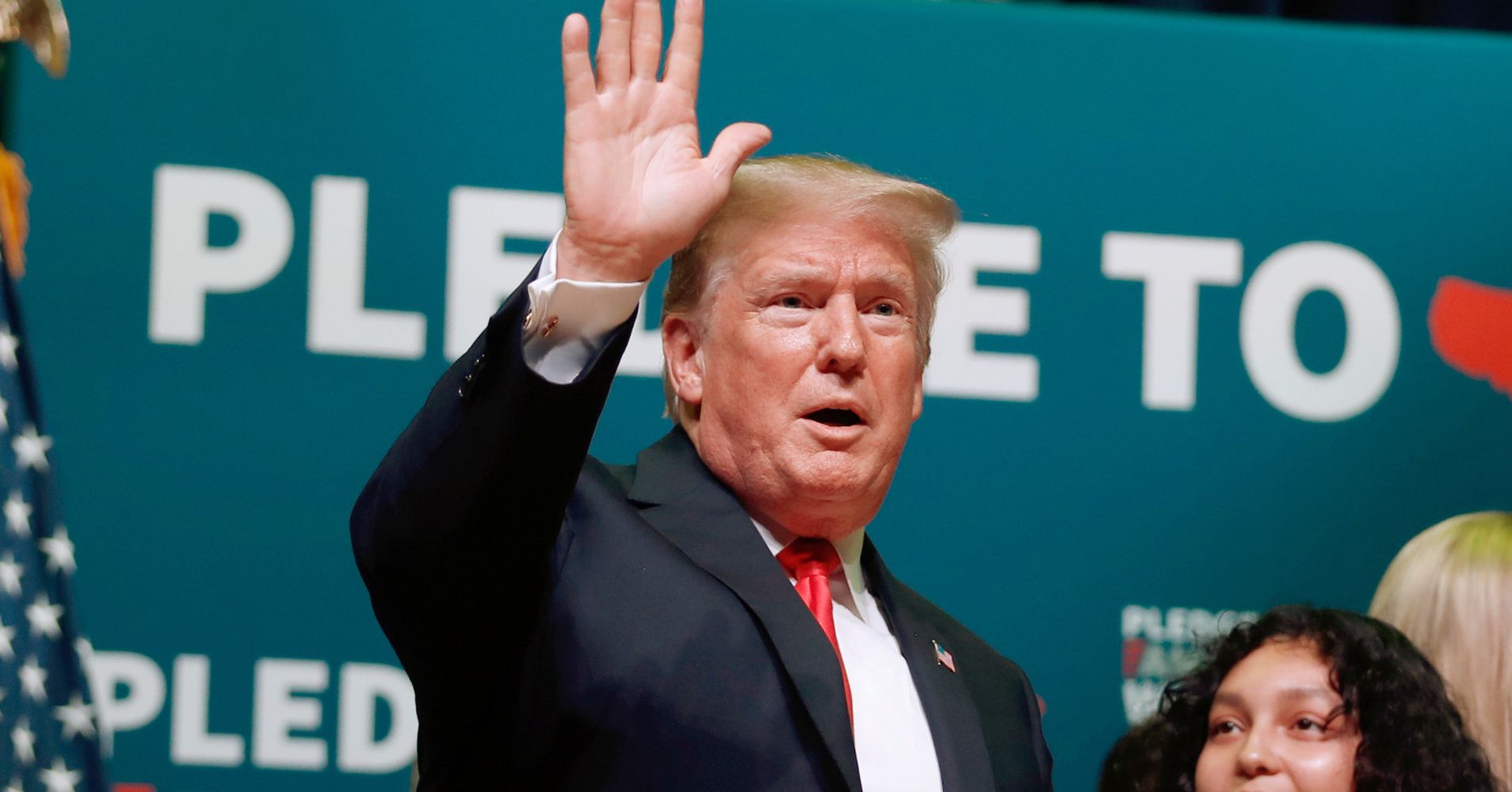 5yrs ago from Washington Times
President Trump renewed a call Tuesday night for voter ID in the U.S., pointing to examples of Democrats pushing to allow non-citizens to vote.
Vote up353 Vote down280 Comment756 Share Bookmark Tag 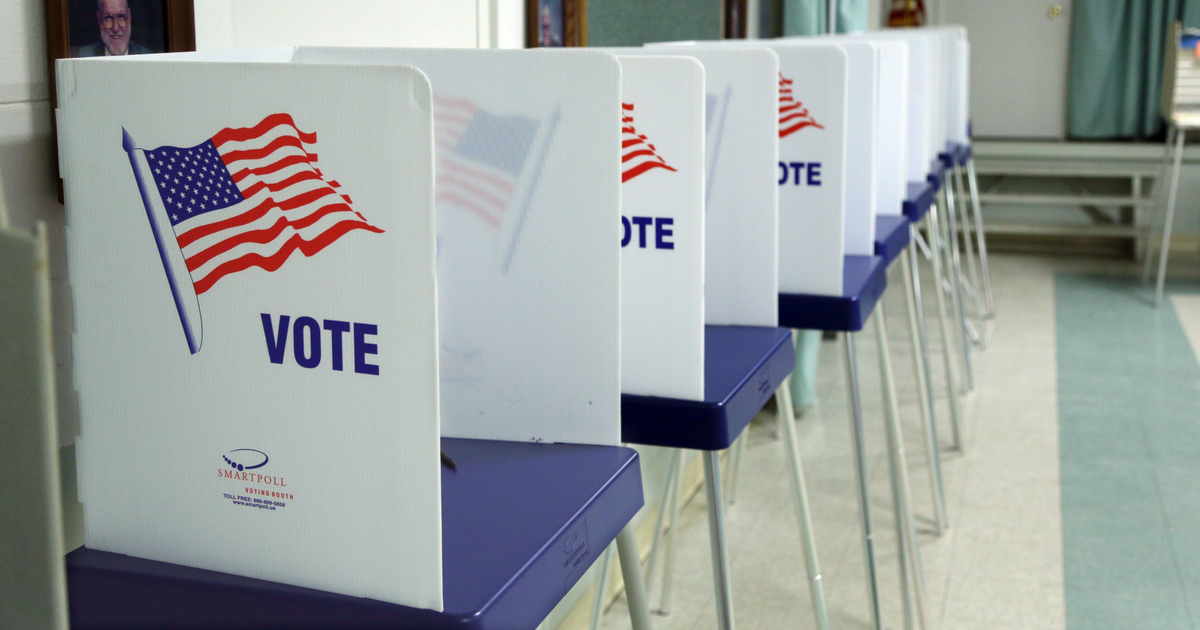 5yrs ago from Western Journalism
'The executive branch does not have the right to supersede or overturn the law.'
Vote up827 Vote down919 Comment7 Share Bookmark Tag

5yrs ago from Raw Story
Facebook followers of controversial conservative Fox News commentator Tomi Lahren freaked out on Saturday she suggested the Republican Party refraining from using the upcoming U.S. Supreme Court vacancy to push a war on women by overturning Roe v. Wade. “Let’s go after sanctuary cities and push for voter ID laws,” Fox News personality Tomi Lahren suggested. “Do we really want to fight for this, alienate Democrats, moderates, and libertarians, all to lose in the end …
Vote up384 Vote down419 Comment290 Share Bookmark Tag 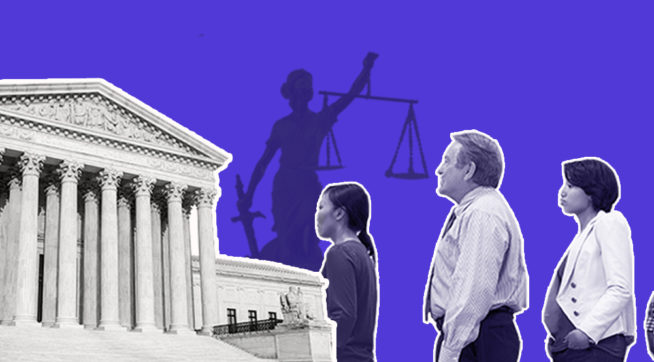 5yrs ago from TPM
The spate of end-of-term Supreme Court decisions â and non-decisions â on redistricting is influencing at least one state&#8217;s strategy...
Vote up708 Vote down234 Comment73 Share Bookmark Tag 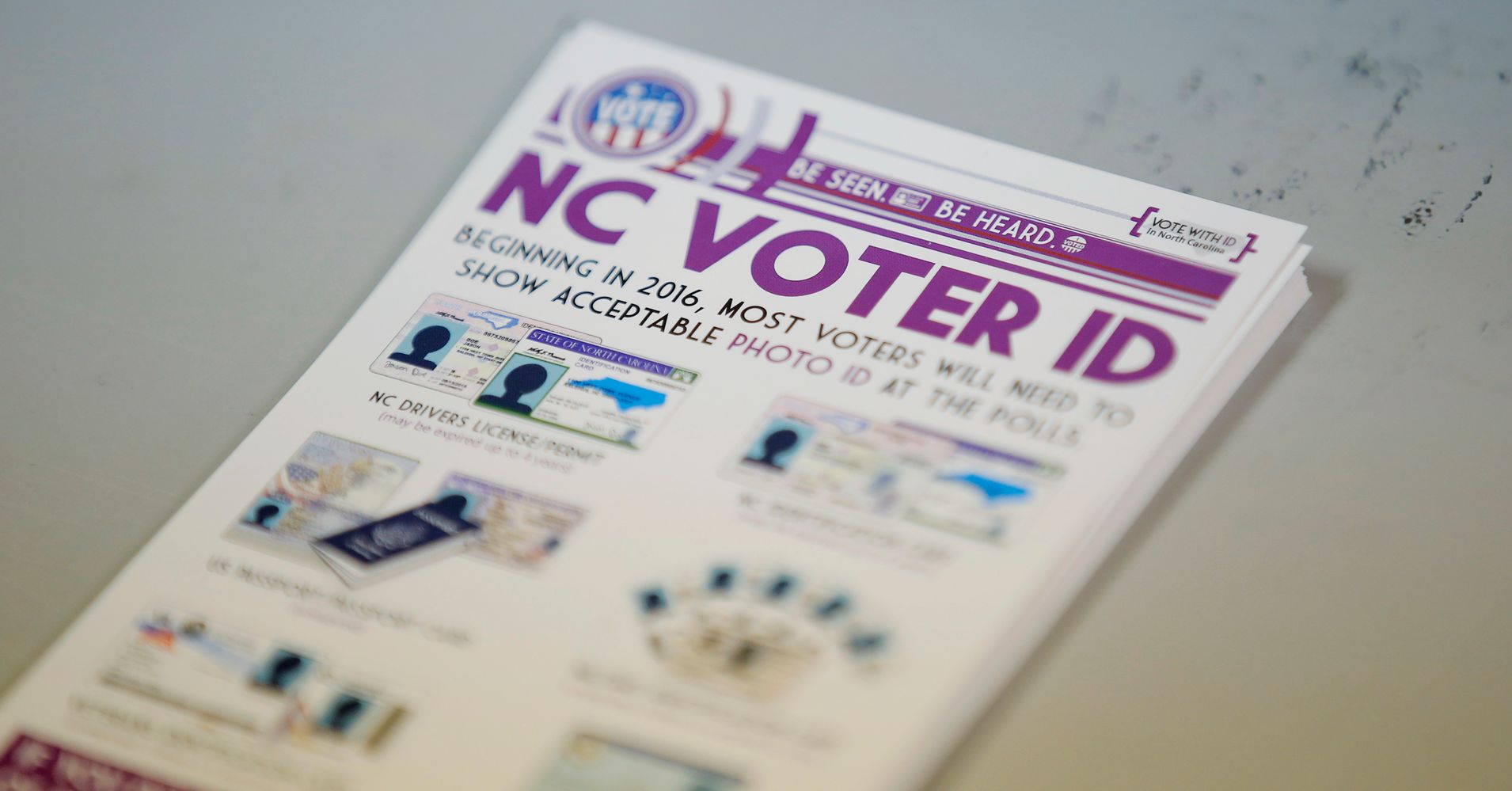 5yrs ago from Huffington Post
Two years after the state's voter ID law was struck down, Republicans want voters to enshrine a requirement in the state constitution.
Vote up287 Vote down65 Comment297 Share Bookmark Tag

5yrs ago from Washington Times
Nearly 1 percent of voters in Iowa’s largest counties did not show identification during the June 5 primary under a new state law, prompting critics to warn that the requirement could disenfranchise some voters in elections beginning next year.
Vote up231 Vote down136 Comment550 Share Bookmark Tag 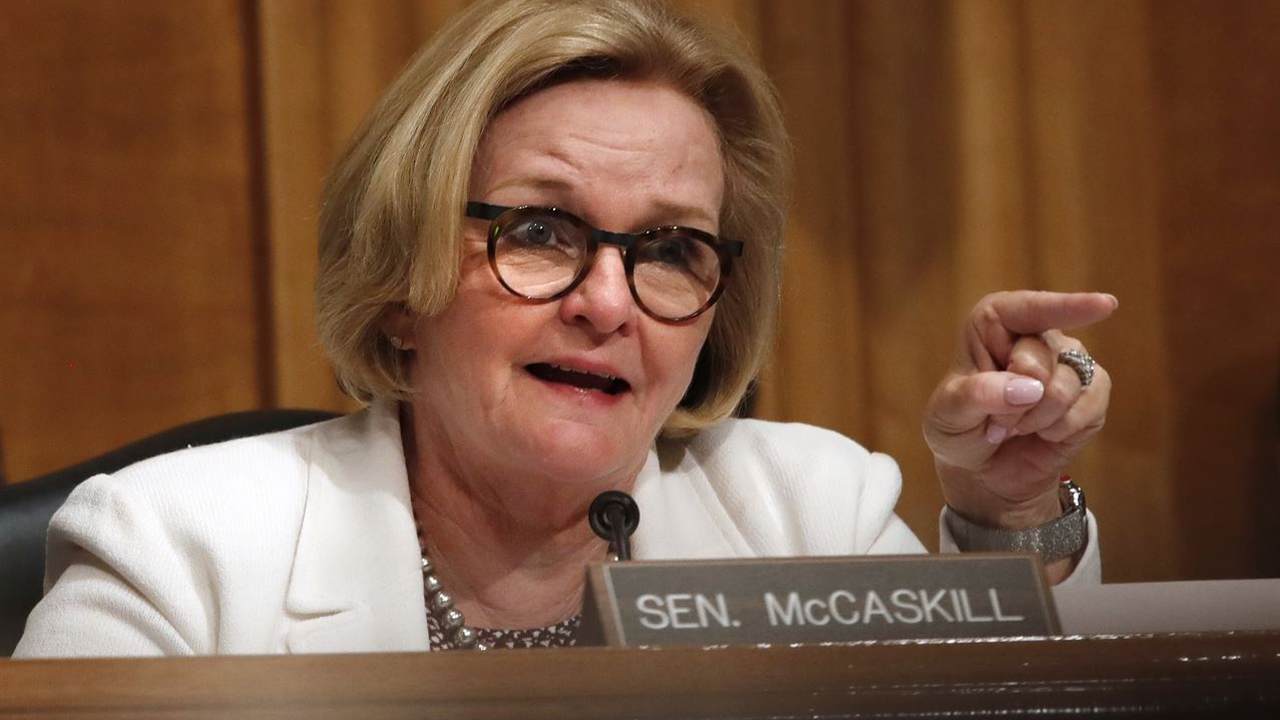 5yrs ago from The Week
On Monday, U.S. District Judge Julie Robinson struck down Kansas' voter registration ID requirement and ordered Kansas Secretary of State Kris Kobach to stop enforcing the law, which he had championed and personally defended in court, and take six hours of continuing legal education on "civil rules of procedure or evidence." In April, Robison, a George W. Bush appointee, had ruled Kobach in contempt of court for ignoring earlier decisions. And because of this "well-documented history of avoiding this court's orders," she wrote Monday, Kobach had to immediately tell county election officials to comply with her ruling. It wasn't until Wednesday afternoon that Bryan Caskey, Kobach's elections director, instructed county clerks to stop asking for proof of citizenship and activate all voter registrations canceled or suspended under the law, affecting 25,175 voting records. On Tuesday, Caskey had told county election officials to keep enforcing the law, The Topeka Capital-Journal reports. As Kobach spokeswoman Danedri Herbert explained, "I think 'immediately' is kind of open to interpretation." Caskey's emailed instructions Wednesday also told county officials to flag on registration records if a voter voluntarily submitted proof of citizenship, "for tracking purposes only," though he also noted the Kobach is appealing Robinson's ruling. Mark Johnson, an attorney in one of the two lawsuits against Kobach, protested that caveat, telling The Wichita Eagle: "They have no business maintaining that information. I don't like the idea that it will be used for tracking purposes only. Tracking what?" "For Kobach, the trial should've been a moment of glory," Jessica Huseman writes at ProPublica. "He's been arguing for a decade that voter fraud is a national calamity. ... If anybody ever had time to marshal facts and arguments before a trial, it was Kobach." Instead, Robinson and his own witnesses dealt him "an unalloyed defeat." You can read Huseman's report on the trial at verdict at ProPublica. Peter Weber
Vote up614 Vote down443 Comment238 Share Bookmark Tag

5yrs ago from Reason.com
Kris Kobach suffers legal, factual, and professional humiliation at the hands of a federal judge, though his conspiratorial cause lives on at the White
Vote up703 Vote down485 Comment316 Share Bookmark Tag 5yrs ago from Fox News
A federal judge ruled Monday that Kansas cannot require documentary proof of U.S. citizenship to register to vote, finding such laws violate the constitutional right to vote in a ruling with national implications.
Vote up73 Vote down932 Comment175 Share Bookmark Tag

5yrs ago from Washington Times
A federal judge has ruled Kansas cannot require proof of U.S. citizenship to register to vote, a setback for Kansas Secretary of State Kris Kobach in a case with national implications for voting rights.
Vote up30 Vote down849 Comment193 Share Bookmark Tag 5yrs ago from The Blaze
Last year, Missouri implemented a new law requiring that in order to vote, citizens must present a government-issued proof of identification. But, the law states, in the instance that a voter does not possess such documentation, they may provide an alternative form of identification in addition to signing a sworn statement confirming they do not have the required government-issued proof of ID. In 2016, Missouri voters passed the constitutional amendment known as House Bill 1631. The "Voter ID" law is now being challenged by a group backed by an attorney who served not only as general counsel for Hillary Clinton's 2016 presidential campaign, but who also previously worked for incumbent Senator Claire McCaskill (D-Mo.)...who happens to currently be running for reelection. Okay, what's the situation? National progressive group Priorities USA filed the case on behalf of a 70-year-old Jackson County woman, claiming that Missouri's voter ID law is unconstitutional. The aforementioned attorney with ties to …
Vote up829 Vote down133 Comment57 Share Bookmark Tag

5yrs ago from The Week
North Carolina Republican Bob Orr, formerly a member of the state Supreme Court, announced in an editorial published in The Charlotte Observer on Wednesday that after considering the history of the Reconstruction era, he no longer supports voter ID laws. "Opponents to voter IDs contend â¦ that it's a voter suppression ploy by Republicans aimed primarily at black voters," Orr wrote. "While I'm still not convinced of the lurking evil of such a proposal, I've changed my mind on the issue." Orr cites Ron Chernow's biography of President Ulysses S. Grant as being the major influence behind his change of opinion. "Chernow points out that while ex-Confederates were resentful over losing the war and their 'property' in the form of slaves, the real stick in their craw was that blacks now had the right to vote," Orr observes, adding that the book "traces the horror and violence that descended upon blacks in the South attempting to participate in the most basic of democratic institutions â the right to vote. In 1868, more than 2,000 blacks were killed in Georgia alone in efforts to suppress voting." Orr writes that it wasn't until the Civil Rights Act of 1964 that "the 15th Amendment began to seriously be fulfilled for black voters in the South." He concludes: "Is it any wonder then that our fellow citizens of African-American heritage are particularly sensitive when it comes to voting issues?" Read his entire op-ed on why he's changed his mind at The Charlotte Observer. Jeva Lange
Vote up333 Vote down261 Comment868 Share Bookmark Tag

5yrs ago from Fox News
Apple and Amazon are reportedly each considering North Carolina as an East Coast headquarters. But voting rights advocates, citing the state's new voter ID proposal, are trying to convince the tech titans to go elsewhere.
Vote up868 Vote down432 Comment587 Share Bookmark Tag 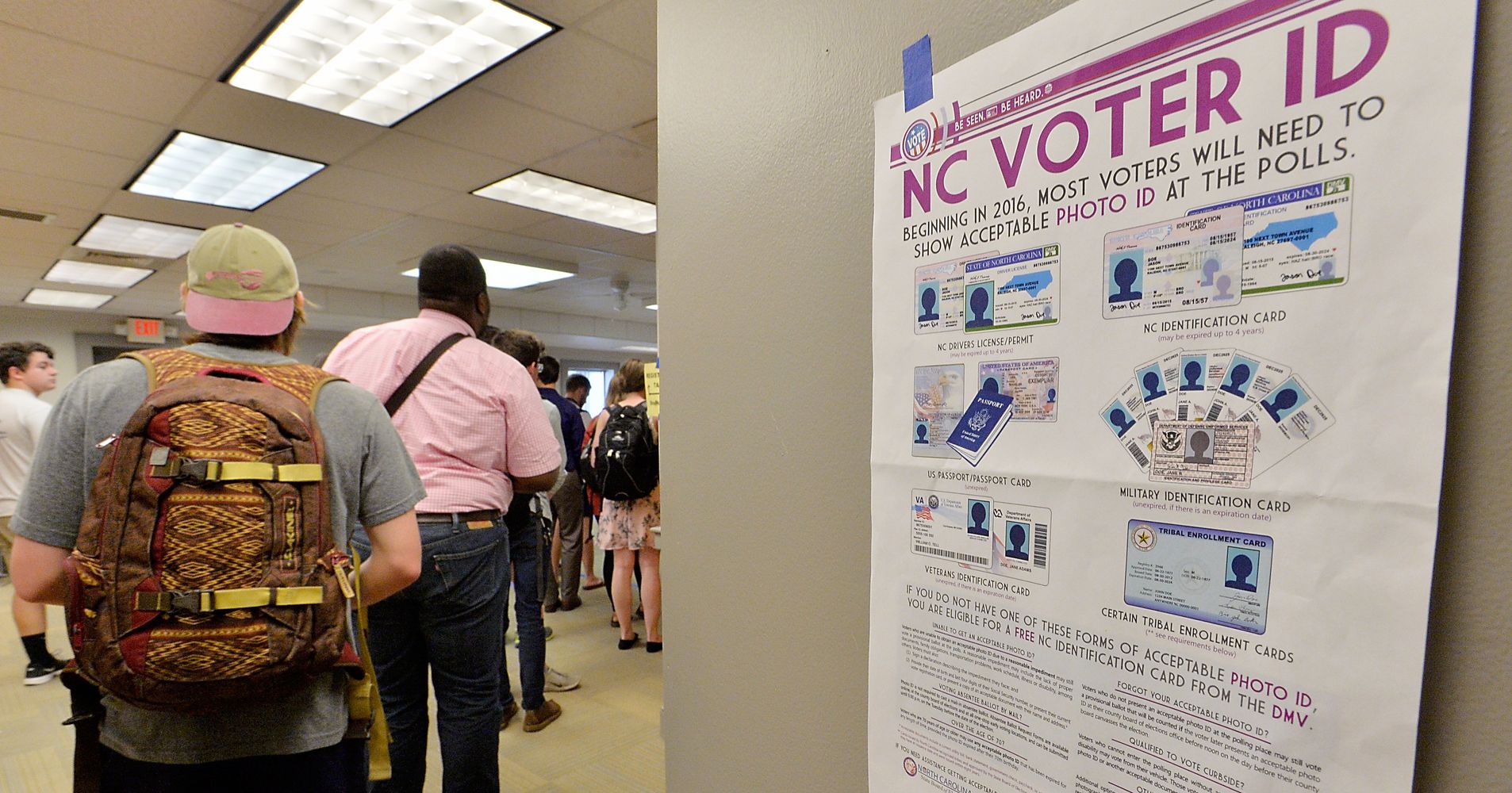